Ahh, Memorial Day weekend. The unofficial start of summer and the first of the three triple crown summer weekends.

After spending nearly a quarter century in the Charleston area, I can’t think of one place that embodies summer more than The Windjammer on the Isle of Palms.

Evan Agostini, AP
Darius Rucker’s love affair with music goes way back, so it’s no surprise to hear that he has been thrown out of some of the best clubs in his hometown of Charleston, S.C. The singer wasn’t shown the door because he was rowdy or causing a scene, but because he would sneak in when he wasn’t legally old enough to be there, just to see the band!
http://www.theboot.com/2011/12/28/darius-rucker-charleston-sc/ 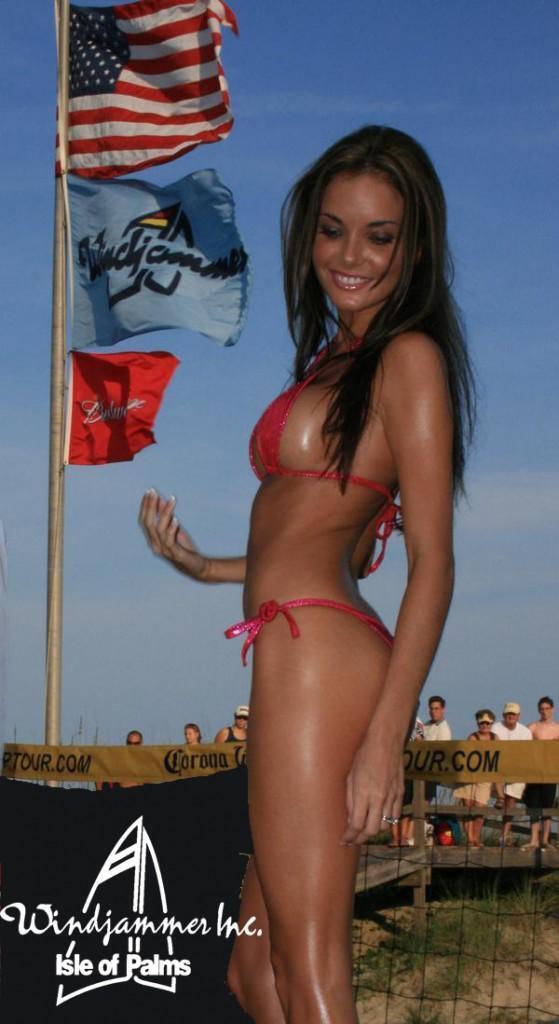 In the rock and pop music era durability is everything. When it comes to music few bands or artists have had the staying power of the Rolling Stones, the Eagles or Aerosmith. The same can be said for rock n’ roll clubs. From L.A.’s famed Whiskey A Go-Go, to the Bluebird in Bloomington, Indiana concert venues have become just as legendary as the artists who rock their stages.

It appears only those clubs that make a lasting impression seem to stand the test of time, ever evolving throughout the musical landscape. One such rock n’ roll club exists right here in the low country, the Windjammer front beach on the Isle of Palms. While other infamous low country nightclubs such as the Flying Dutchman, Myskyn’s, Stonehenge, Illusions, and the Plex have come and gone over the years, the world famous Windjammer has stood for 40 years.

Many of music’s biggest names have graced the stage at the Windjammer. From Drivin N’ Cryin to Hootie & the Blowfish, and from Edwin McCain and Sister Hazel to the Zac Brown Band. Throw in cult favorites like the Killer Whales, Cowboy Mouth and preferred local bands you have an eclectic mix of music over the years. Not a bad pedigree for a small beach club that originally threw open their doors in 1972 as Isle of Palms first sports bar.

Now synonymous with music, it wasn’t until 1982 when Bobby Ross (now one third owner) decided to book bands. “I was testing uncharted waters. Up until that time the owners had built a solid reputation as a pretty cool sports bar. A place where locals could hang out, have a cold beer and good food. I didn’t know if I was going to screw all that up. We were taking a little bit of a gamble. Thirty years later it looks like it was for the best.”

Ross’ story is just one of the many side stories that make up the history of the Windjammer. “I started working here to satisfy a debt. I was unemployed in summer of 1980 and had built up quite a tab here, so I offered to work off the debt by working part time. That led to a full time position and somewhere along the line I became a co-owner. Some of the best chapters in my life.”

Not long after he arrived Ross began to bring in the acts. “We didn‘t want to alienate our existing customers. We were just hoping that by adding music to the mix we might bring in even more customers.“ Ross knew right where to start. “I had a subscription to Creative Loafing (entertainment magazine) out of Atlanta. I followed the music scene out of Atlanta and Athens, and slowly started to pull the bands to Charleston.”

Long time Windjammer patrons will remember the early days were somewhat obscure. “Our original club was rather small and initially we had a makeshift stage. The sound engineers had to set up on the shuffle board table.” Ross recalls the first band he booked. “The Swimming Pool Q’s. There was a good buzz surrounding them. They had just signed to A&M Records so they were expected to take off. Not long after we booked Drivin N‘ Cryin. They‘ve actually played here more than any other band.”

Hundreds of acts followed, with the Windjammer becoming a regular destination for touring bands, with the scene peaking during the summer months. “Looking back it was a natural progression for the club. We had a good rapport with the radio stations, especially 96 Wave when they were the rock station in town.” With increased popularity came bigger crowds, prompting the Windjammer to add on to the original building they once shared with the VFW hall.

“One of the original owners, Malcolm kept the place up, making small changes when needed. Then in 1988 we put a big addition on the back. We had an new office and a horseshoe bar.” The addition was short lived. Less than 10 months later Hurricane Hugo wiped out the entire building.

“Had we only known we certainly would have waited. It’s the only time in the 40 year history of the club that we were closed for any length of time.” The current building reopened in 1990 and has been a fixture ever since. “We’ve made small upgrades since. We’ve added the deck and some fixtures.”

The new decade brought a whole new generation of patrons as well as new artists to the Windjammer. “The 90’s music scene flourished in Charleston. I think we paid Hootie $500 when they first played here. They already had a following. They’d have to play for free now, because we couldn’t afford them. Sister Hazel played here for $200 in the beginning.” Edwin McCain and the Zac Brown Band played the Windjammer on numerous occasions while they were gaining in popularity.

“The good thing about a number of the bands that have come through here, most of them have kept relationships with us. Many of them are close friends today.” McCain and Sister Hazel continue to perform a weekend concert series each and every year. Mark Bryan (Hootie) and his band Occasional Milkshake have played several times over the past several years. “We’ve been good to them and in turn they’ve be good to us. I think the bands like playing here because the crowds and the atmosphere are a perfect fit for their music.”

The Windjammer may be known for music, but beach volleyball, bikini contests, and burgers have become just as synonymous. “By in large all has gone well, however there are times we’ve had are share of controversy.” Ross is referring to a particular episode during the infamous bikini contests that come with cash rewards. “The swimsuits have become skimpier over the years. And there was this one time, a young lady came out in just cellophane. I said you can‘t wear that. We have to draw the line somewhere.”

There has been the occasional riff surrounding volleyball as well, but the Windjammer takes it in stride. “We’ve been playing the sport for 40 years out here. Way back then we had lights up so people could play at night. But when the whole thing came up about the sea turtles being effected by lights on shore we had decided to take them down.  Then Hugo came along and took care of that for us, so we figured it was meant to be. No matter what, we just roll with the times.”

Of course there has never been any flak surrounding the food at the world famous Windjammer. Some of the best sandwiches, appetizers, seafood, and burgers you could expect from a sports slash beach club. There motto says it all. “Seven days without a Jammer burger makes one weak.” The burger is the bomb. Served hot and juicy, like the diners and roadside joints of old. Topped however you prefer. It is miles apart from any fast food chain. Do yourself a favor when you’re out on IOP, try a Jammer burger.

Although the Windjammer celebrates rock n’ roll and the party atmosphere, Ross admits the Windjammer is family friendly. “During the day, lunch and dinner we want parents and kids to come in. We want people to enjoy food and drink as a family, especially if they are spending the day at the beach. It’s been that way for a long time. After dinner and during the bikini contests it leans more toward the adult crowd.”

There has been a shift over the past twenty years. “Before the storm a lot of our customers lived on the island. After Hugo it all changed. It became more expensive to live here and our customer base shifted. We draw more now from tourists and from all over the Charleston area.”

The Windjammer has survived a myriad of changes over the years, with their customer base expanding, the music scene ever changing, and a hurricane. Threw it all their philosophy remains a constant. “I’ve always said the Windjammer is a place for doctors, lawyers, motorcyclists, and everybody in between. It’s a place where people can come in and have a really great time. During the day they can have good food. At night they can listen to great bands and enjoy being out at the beach. At night it’s a adult bar. We’re on our third generation of customers and we’re happy to have been here for the ride.”

Regarding their staying power Ross adds. “It’s simple. It’s the people that have been here, and the people who have run the place. We’ve got a back yard that is the ocean, so there is that. And Malcolm has never been a person that abused the privilege. He never took a lot out of the place, rather he turned around and put the money he made back into the club. He always wanted it to be the best place for the customers. That’s the reason we’ve been around 40 years.” Long live rock and long live the Windjammer.

You haven’t truly experienced this oceanfront dive until you’ve been there on a summer Sunday afternoon — when you’ve walked in from the beach, up the back steps, past the nonstop volleyball tournaments and the band on the deck stage. There’s a moment — right at the door — when you go completely blind, your sun-scorched retinas failing to immediately adjust to the dark of the bar. And all at once it comes clear — the Corona bottles, the leathery old men shooting pool, the most beautiful women you’ve ever seen, wet-haired and bikinied: a tada! moment that all great entrances deserve.

Share
Manage Cookie Consent
To provide the best experiences, we use technologies like cookies to store and/or access device information. Consenting to these technologies will allow us to process data such as browsing behavior or unique IDs on this site. Not consenting or withdrawing consent, may adversely affect certain features and functions.
Manage options Manage services Manage vendors Read more about these purposes
View preferences
{title} {title} {title}