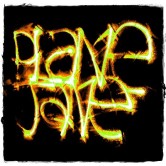 PlaneJane, one of the Carolina’s best party bands, is a six-piece ensemble that plays exciting hits from the sixties to the present. Based in Charleston, South Carolina, the talented group has performed over four-thousand shows in eight states to great acclaim since its inception in 1997. This band is built to keep the crowd on its feet, dancing to electrified funk tunes that are punctuated with swinging horn section solos, hip-hop, funk, shag and disco songs, and rock and roll favorites from every era. PlaneJane has five vocalists, each with a distinctive style, who harmonize to form a trademark vocal sound over the driving rhythm section, while three multi-instrumentalists rev up the audience. Don’t miss a show!