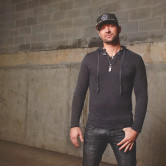 Like many before him, South Carolina native Ricky Young traveled a long and winding road to Nashville. As a former University of South Carolina alum and baseball player, he spent five years after college in the minor leagues, playing gigs anywhere he could find a stage and the time.

As fate would have it, in 2011 he met Grammy winning producer, Nick Autry at a benefit show in North Carolina. The pair hit it off instantaneously and Young began traveling to Nashville from Carolina to record Spinning My Wheels with Autry—a 16 track, soulful country record that plays like an ode to Carolina, written with some of Music Row’s biggest names: Lee Brice, Jon Stone and Jeffery Steele, to name a few.

If there is a “correct way” to come to Nashville, Young is textbook. He has established himself as a student of the craft of songwriting, securing coveted co-writes with Zac Brown Band, Lee Brice, Dave Gibson, Steven Williams and Stephen Allen Davis.

Young has pounded the pavement over the last 3 years on a 55 city Honky Tonkin’ University Tour in 2013, and the Bud Light ROWDYLOUD Tour, hitting 46 cities. Young has opened up for Blake Shelton, Darius Rucker, Reba McEntire, Lee Brice, Jerrod Niemann, Jerrod Niemann, Tyler Farr, Eli Young Band, Craig Campbell, Colt Ford, Chase Rice and many more. His tenacious touring has established Young as one of Nashville’s hottest up-and-comers and his fan base is building everyday, now with over 60,000 likes on his Facebook music page and over 12,000 Twitter followers.